We are aware of the fact that transport plays a crucial role in the economic development of the nation. This is because it moves the goods from one point to another, which is significant for commerce. There was a time when production and consumption of goods takes place at the same place, due to a lack of transportation facilities. But, at present companies produce goods in one place on a large scale. After that, they transport these goods to different parts of the country and also the world.

Transportation of goods takes place through the land, i.e. railways or roadways, or through waterways or airways

The law concerning carriage is a part of the law of bailment. Further, you can find this under bailment of reward. Hence, for understanding the contract of carriage, first, we have to know the meaning of bailment.

Bailment is the delivery of goods by one party to another for a definite purpose under a contract. Further, when the contract is complete the party must return those goods or dispose of them, as per the directions of the person who delivered them.

What is a Contract of Carriage? 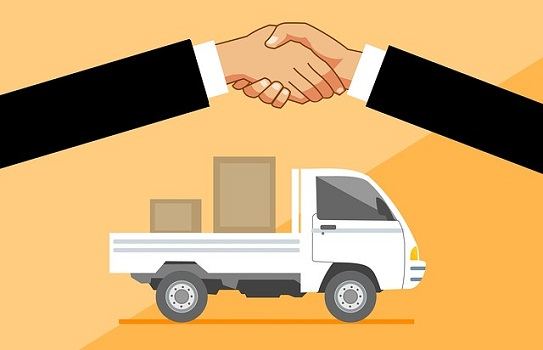 Parties Involved in Contract of Carriage

What is Contract of Affreightment?

Contract of carriage of goods by sea is what we call contract of affreightment. Hence, the carrier i.e. the owner of the ship is ready to carry goods for freight, as consideration. This contract takes place in two forms:

There are two types of carriers: 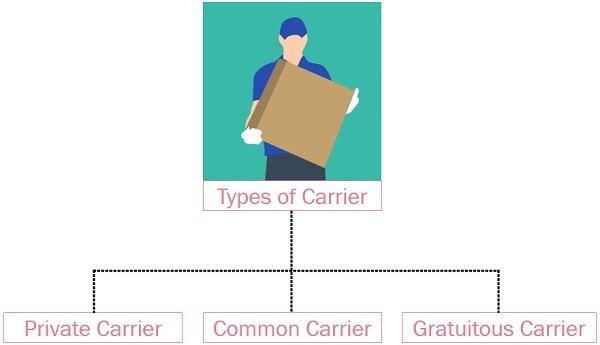 These are those carriers who occasionally carry goods for others. Further, they provide such services on special terms mutually agreed upon between the carrier and the consignor. They have the right to reject the goods offered for carriage.

Responsibilities of bailee apply to private carriers. Therefore, in case of any loss or damage, or negligence the consignor must prove it to make the carrier liable. But one must note that loss or non-delivery of the item is apparently proof of negligence in the first place which has to be proven wrong by the carrier.

As per English Law, Common Carriers refer to the carrier who keeps itself ready to carry for a reward any person or goods of any person, irrespective of who that person is. Also, the conveyance may take place through air, water, or land.

In Indian Law, there is limited use of common carriers. It is regulated by the Common Carrier Act, of 1865 and the Railway Act, of 1890. The former is all about the carriage of goods over land and inland waterways and the latter is all about the carriage of goods by railways. As per the act, any individual, firm, or enterprise (not including government) who transports goods, as a business to earn money, through road or waterways.

Characteristics of Common Carriers in India

When the carriers do not charge any money for moving goods and passengers from one place to another, they are gratuitous carriers.

The carriage of goods from source to destination is important for commercial purposes. A carriage Contract clearly defines the rights and duties of different parties.