Skip to content
April 3, 2022August 26, 2022BiologyNo Comments on Difference and Similarities Between DNA and RNA

The Central Dogma describes the chronology of the genetic code, from the DNA (Deoxy ribonucleic acid) to the making of RNA (ribonucleic acid) and to protein. There is no short cut of this process, the series of chemical coding and decoding goes in this manner only and if got untracked the consequences can be life threatening also.

The primary building block of all the living beings in the nucleic acids. They comprises of the set of complex compounds of monomeric nucleotides forming linear chain. Each of the nucleotide is composed up of sugar, phosphate backbone and nitrogenous base. These compounds plays the important role in replication, mutation, expression of the genetic information.

The two major and most famous nucleic acids are the DNA and RNA, where DNA is work is awe-creditable containing the codes to heredity, whilst RNA is also not last in the race as it has the work to make proteins and making the DNA to work in the front-foot. Though working with the surety of the errorless performance in DNA replication, followed by the translation, expressions and to send the stuff at the required place is the crucial work to make the life run. 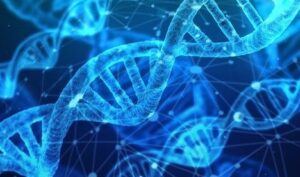 The DNA and RNA share similarities as well differences, this content will focus on the both the points in a tabular form as well as descriptively.

The full form of DNA is Deoxyribonucleic acid, which consist of two long polynucleotide chains. This series of twisted coils forms a double helical structure carrying the genetic or hereditary material within it. This genetic material is responsible for the living beings growth and development. This stored biological information is stored and transferred to other cells during replication

The full form of RNA is ribonucleic acid, which is a polymeric molecule. After the process of replication, the nucleotides undergoes through the process of coding, decoding, regulation and expression of genes. There are few major types of RNA – messenger RNA (mRNA), transfer RNA (tRNA) and ribosomal RNA (rRNA), small nuclear RNA (snRNA). They all have different functions right from the transferring genetic information to synthesis of proteins.

Similarities Between DNA and RNA

Difference Between DNA and RNA

As DNA is known for storing and transferring the genetic information of an individual to the same type. Simultaneously, it initiate the first step of the protein production which is replication. Moreover, it is helpful in metabolic activities, differentiation and evolution.
RNA plays the significant role in further transferring the genetic material from the DNA to protein synthesis ( outside the nucleus).

Nucleotides and Base pairing

As the DNA has the deoxyribose sugar, and has the backbone of nucleotides (A, T, C, G). The bonds between C-H in DNA makes it stable under alkaline conditions, additionally helpful in thrashing the enzymes causing harm to the DNA in any way.
As the RNA has the ribose sugar, and has the backbone of nucleotides (A,U,C,G). The bonds between O-H in ribose of RNA makes it reactive and unstable under alkaline conditions and it is more susceptible to enzymes due to the presence of large grooves in the molecule.

Major enzymes and their functions

It is been under the research, that there few unusual DNA and RNA structures, where the evidence is of branched DNA structure, triple strands and quadruplex DNA are found. Moreover, they are studying the structure where phosphorous has been substituted by the arsenic.

In case of RNA, sometimes double-stranded RNA (ds RNA), circular single-stranded (circ RNA) has been found in some plants and animals, however function is still unknown.