The main difference between leakage and injection is that injections accelerate the speed of economic activities. At the same time, leakages slow down the circular flow of income.

Leakage in the circular flow of income represents a situation which occurs when there is the withdrawal of money through some macroeconomic variable.

Leakages occur when households and firms save a certain portion of their income which is not used to buy goods and services. So, this part remains idle and is not used to perform an economic activity, which results in leakages. It can be in savings, tax payments and imports. Hence, it is an outflow of income, which reduces the income flow.

It brings about a fall in the income circulating in the economy. This means that it is any proportion of income which is pulled out from the circular flow of income. It includes: 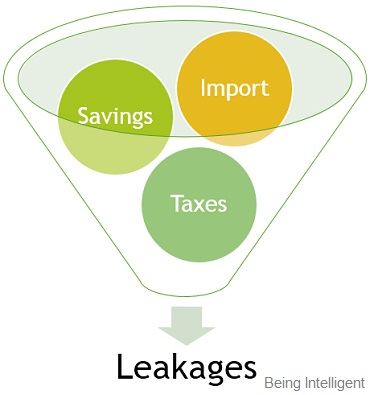 In a nutshell, leakages reduce the overall magnitude of income from the circular flow.

In case of leakage, the consumption level in an economy declines. Also, it results in a reduction in the equilibrium level of national income unless the leakages are counterbalanced by injections.

Simply put, injections are the inflow of income to the circular flow. It occurs when some money is introduced into the flow. Therefore, if households and firms borrow savings, it amounts to injections. It can be investment, government spending and exports. Injections increases the income flow. 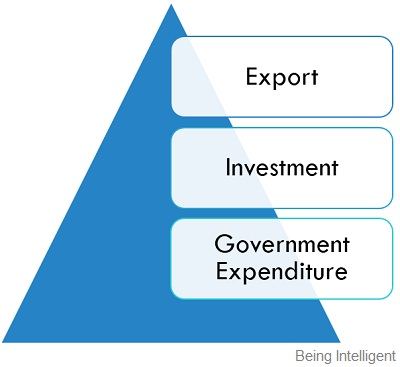 Difference Between Leakages and Injections

Read out the points stated below to have a clear understanding of leakages and injections:

A balance between these two ensures a continuous flow of income, consumption, production and factor payments circulating in the different sectors. So, during the time that leakages are equal to injections, the circular flow of income continues for an indefinite period.