Skip to content
May 27, 2022May 27, 2022Physics, ScienceNo Comments on Difference Between Planet and Satellite

Planet and Satellite are the two astronomical bodies that exist in our solar system. One of the significant points of differentiation between the two is that planets can never be made artificially or are not man-made. On the other side, satellites can be of natural or artificial nature. 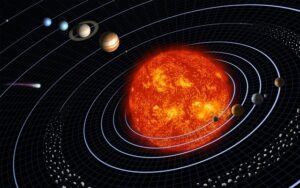 One of the main characteristics exhibited by planets is that they should orbit around a star. Along with that, the planet must have sufficient mass so that its round shape can be maintained.

A satellite is known to be an entity that orbits around any celestial body like a planet or star. It can be natural or artificial in nature. Our planet ‘Earth’ is known to be a natural satellite that revolves around the sun. 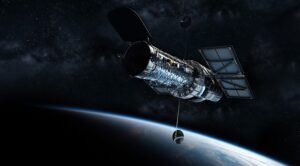 Also, there are artificial or man-made satellites that are launched towards the space in order to perform orbital motion around the planet Earth or any other body.

Difference Between Planet and Satellite

The sky is full of numerous entities that are responsible for the light coming from it for years. These entities are nothing but celestial bodies which can be anything amongst the moon, star, planet, satellite, comets, etc.

The word planet is derived from the Greek word ‘Planan’ which refers to something relative to wandering. So, basically, the planet is a body that behaves as a wanderer i.e., it moves in its orbit. On the other side, satellite is a Latin word which corresponds to something that follows.

An astronomical object that revolves around a star is regarded as a planet. On the contrary, a body in the space that moves near the planet in order to perform orbital motion is regarded as satellite.

Planet holds no further classification in its category however, this is not the case with satellite because satellites can be classified into two categories. The two categories in which satellite is sub-divided are based on their nature that whether it is natural or man-made (artificial).

In general, it is known that planets are somewhat spherical in shape. However, in case of satellites, the condition is not necessarily same because the designing of the artificial satellite is based on its application thus can be either of spherical or any other shape.

Planets in our solar system performs rotation in the invisible axes whereas satellites orbits in its own axis, facing the planet.

Some examples of planets are Earth, Venus, Jupiter, Neptune, etc. While some examples of satellites are Moon, Kalpana-1, Aryabhata, etc. Here the first example is of natural satellite whereas the other two are artificial satellites that are launched in space.

Hence, from the above discussion, it is clear that both planet and satellite are the two crucial elements of our solar system that are present in space but the two have a different sets of meanings.