Skip to content
July 30, 2020November 20, 2022BiologyNo Comments on Discovery of the Cell and Cell Theory

Now, as we know that ‘biology‘ is the branch of science that deals with the study of living organisms; even if we break the word ‘biology’ and find out its meaning, it is ‘bio-life and logy – study’. With the diversity in living organisms in each and every aspect, we found one common feature in all of them, and that is “life”.

Approximately there are 10 million living species present on the Earth to date, and still, more to be found. These all have variations in their shape, size, colours and life expectancy. 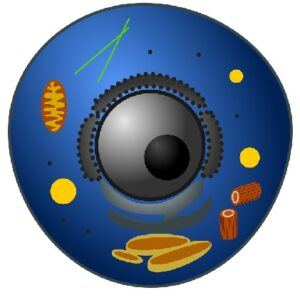 Life exists because of the existence of the one basic unit, and that is “the cell“. It is the smallest independent element, responsible for producing energy, individual growth, reproduction and other chemical functions and hence termed as the ‘building blocks of life.

In this post, we will talk about Cell Discovery and Theory.

In the year 1665, Robert Hooke was the first one to discover the living cell. He took a bottle cork and used a compound microscope having very ‘low magnification’ to observe the tiny compartments and named it “Cells”. He was unable to observe the internal structure of the cell and did not come to any more conclusions.

Later, another scientist named Antonie van Leeuwenhoek observed the cell of bacteria, protistans and bacteria under the improved microscope, which was of higher magnification power. Through this microscope, he found that these objects (cells) are motile (moving) and concluded that these units are “alive”.

In 1883, Robert Brown provided the details of the structure of a cell and described the nucleus.

‘Theodor Schwann and Matthias Jakob Schleiden‘ are the two scientists who gave the cell theory. They gave three postulates, which were:

Later on, Rudolf Virchow added, “All cells arise from the pre-existing cells”.

Researchers, scientists, and biologists though accepted the cell theory. But still, they know that there are many more features to gather about the cell. A few of them are listed below, which have been accepted now:

Although there are lots of controversies related to the cell theory, as the viruses do not have cells and they are still able to survive.