What is the Gaseous State of Matter?

The gaseous state is that state of matter which does not possess any definite shape or size and also do not have a specific volume. It is one of the crucial states of matter that showcases various properties.

A gas can be filled inside any vessel but unlike liquid, it never takes the shape of the container in which it is filled.

Gases are a crucial part of our life or I would say that without gas we cannot assume our life on this planet earth because the air we breathe is a gas. The particles of gas are separated at a quite large distance from each other thus are able to propagate freely and hence has no fixed shape.

Let us elaborate more about Matter–

Matter is anything that has some mass and is voluminous in nature. Anything that we can touch or feel is matter.

There exist basically three states of matter which are solid, liquid and gas. In our previous content, we have seen the liquid state of matter.

Like we have discussed at the beginning itself that gas is a state of matter without having a specific shape or any fixed volume and is considered to be less dense than particles of solid and liquid.

We all are familiar with the diffusive nature of gases. You must be thinking that what is the reason for the diffusion of gases in space? 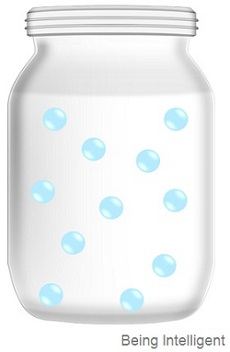 Furthermore, with the increase in the number of particles within that particular fixed space, now the overall particles will get comparatively less space than earlier to spread out and thus they will be compressed. However, as the particles have large kinetic energy thus they exert the force referred to as pressure on the interior walls of the vessel.

Thus, the pressure is one of the crucial properties of gases other than temperature and volume.

The fundamental physical properties possessed by gases are as follows:

Mass and volume are regarded as the two parameters that describe the behaviour of the gases.

State of a Gas

The various distinguishable parameters of gas like mass, temperature, pressure, volume, etc are regarded as the state of the gas.

The pressure is also an important parameter of gas which is measured by an instrument called a manometer.