What is Group Cohesiveness?

Group Cohesiveness can be defined as the degree and strength of attachment (togetherness) between the members of the group. It is one of the important factors which influences group behaviour. The higher the group cohesiveness, the greater will be the interaction and degree of agreement (on various matters) between the group members.

Hence, in a higher cohesive group, the members work jointly together. They trust, understand, respect and support each other and are effective in achieving the group objectives.

It may have both positive and negative impacts on organisational behaviour. It is the interpersonal glue that makes people stick together and work. 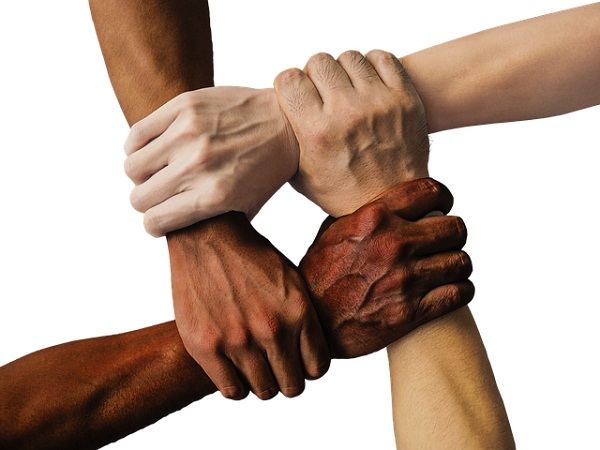 Characteristics of a Cohesive Group

A cohesive group is characterised by:

Group Cohesiveness is affected by different factors, which are discussed as under: 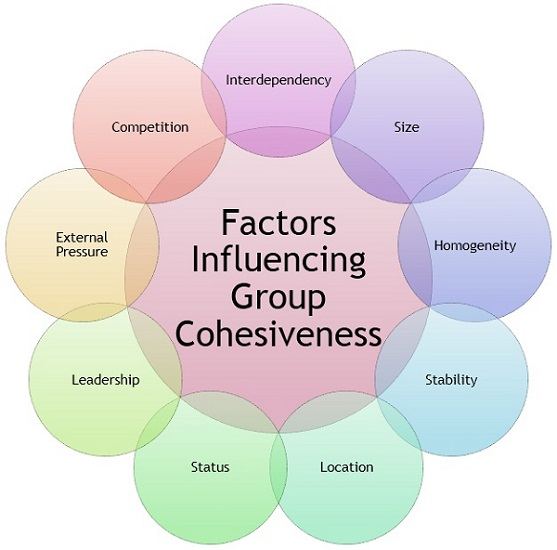 Size of the Group

The size of the group has a great impact on its cohesiveness, as it has an inverse relationship with the group’s cohesiveness. This is due to the fact that group cohesiveness increases with the interaction between the members.

When the group size is large, the chances of interaction between the members will be quite less, leading to conflicts and chaos due to differences in opinion. A group with a few numbers of members often have high cohesiveness.

When there is stability in relationships among group members, it also adds to group cohesiveness because, as time passes, group members know each other and develop a bond and common understanding of shared goals and values.

Location of the Group

The location of the group also greatly affects its cohesion, in the sense that when the group members are located close to each other, the frequency of meetings and interaction will be high, resulting in high cohesiveness. Moreover, when there is the isolation of one group from another, then also the cohesion will be high.

You might have observed that a group with status and previous success stories is more engaging to the group members. So, the group members exhibit unity among themselves, which develop high cohesiveness. Unlike when all criticize the group, is less cohesive.

A group leader plays an important role in group cohesiveness. He/She is the one who leads all the members and helps them to develop a bond with the group. A leader with charm, energy and influencing abilities motivates the members to work with enthusiasm and honesty, to attain the objectives in a timely manner. He/She seeks to develop and maintain group loyalty among the members.

Group members often stand together to face challenges posed by external pressures. For this, the group members minimize their personal differences and conflicts so as to combat the common enemy. Further, there are instances when the group is unable to overcome excessive pressure, and it is not able to handle such pressure.

So, we can conclude that attractiveness is integral to group cohesiveness and increases productivity. And a group that lacks cohesiveness also lacks coordination and cooperation. The members will not support each other in their work, and they may find it difficult to achieve goals.

Contrary to this, members of the cohesive group have high morale. They don’t have conflicting views and opinions, which reduces the chances of clashes between them.