What is Interprocess Communication?

An Independent process is one that neither affects nor gets affected by other processes in the system.

And the other process that wants to access that shared information has to attach itself to the address space of the process that created the shared memory segment. 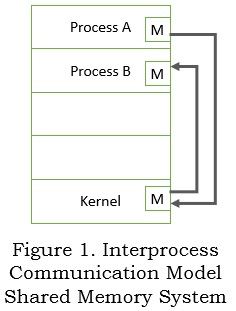 But we all know that the operating system restricts any process from accessing other processes’ memory. So, the cooperating processes must agree to overcome this restriction and share the memory of other processes.

Now, it’s up to the cooperating processes which form of data and the memory location they will be using for sharing the information. The operating system has nothing to do with this.

It is the responsibility of cooperating processes to ensure that they are not writing at the same memory location simultaneously. You can understand this better with the producer-consumer problem, where a producer has to produce the information that will be consumed by the consumer.

The solution to this would be a buffer. The buffer will reside in the memory of the process, creating a shared memory segment. There must be proper synchronization of both the producer process and consumer process to prevent the consumer process from consuming the information that is yet to be generated.

Well, there can be constraints on the size of the buffer. Like buffer could be an unbounded buffer where a consumer process may have to wait if the buffer is empty, but the producer process may keep on producing.

This model of sharing information between the cooperating processes does not require the interference of the operating system. It’s the responsibility of the application programmer to provide the means of sharing and accessing the shared information.

Must Read: Difference Between Shared Memory and Message Passing System

Opposite to the shared memory systems, the message-passing system requires the operating system to provide the means of sharing and accessing the shared information between the cooperating processes. 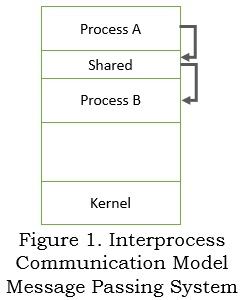 So, these are the means which can be used to establish interprocess communication.