The motherboard of a computer is the core of the computer. It is the printed circuit board (PCB) on which other important components that are essential for the working of the system are mounted. The motherboard provides connectivity to these components and is also responsible for providing power to them. 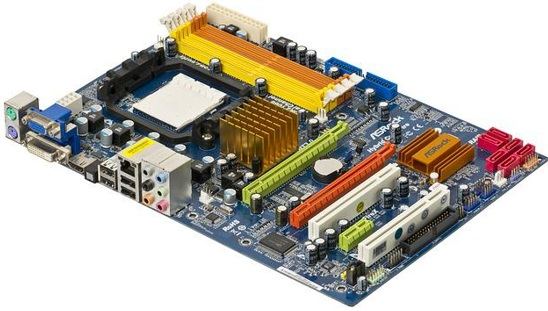 However, the hard drives that are mounted onto the motherboard are universally compatible, they fit on almost all kinds of motherboards. Let us get into more detail about the term motherboard in the content ahead.

What are the Components of Motherboard?

The motherboard has several components that vary in size, shape, cost, importance, etc. Let us take a look at the component mounted over the motherboard. 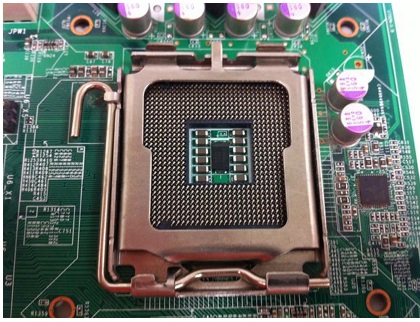 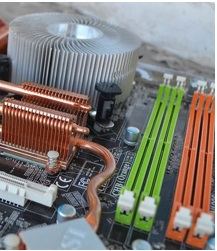 Nowadays, USB connectors are used to connect the keyboard and mouse to the motherboard.

USB is the most common port to connect devices such as keyboards, mouse, cameras, printers, scanners, etc. Most peripheral devices nowadays come with a USB connector. This is because it allows devices to be connected or removed from the system without restarting.

The PCI slot is used for connecting the PCI devices to the motherboard. We use them to insert the expansion cards such as network interface card (NIC), sound card, video card, modems, etc.  The number of PCI slots can vary from manufacturer to manufacturer and even from model to model. Although a modern-day motherboard hardly comes with a PCI slot.

A conducting wire coiled in a helical shape over the iron core forms an inductor or electromagnet. It helps remove the power spikes.

The capacitor is a tiny cylindrical structure mounted on the motherboard. It comprises two or sets of two conductive plates with a thin insulating sheet padded between them. These conducting plates are wrapped and placed in a ceramic or plastic container. 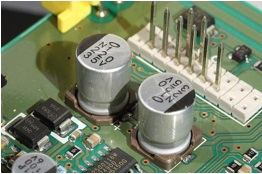 When this capacitor receives DC current on one of the plates or set of plates gets a positive charge while the other gets a negative charge. This charge remains on the capacitor until it gets discharged. The capacitor provides the charge to the video card, sound card, network card, etc.

If the capacitor fails to condition the charge that it provides to other components of the motherboard, then the system may fail to boot up.

This port is specially designed to insert video cards and 3D accelerators. It’s a high-speed slot providing a point-to-point video card connection. This enables the graphic controller to output video at high speed.

Northbridge is an integrated circuit responsible for communication between CPU, AGP, PCI and memory. It is directly connected to these components.

Southbridge is an integrated circuit that acts as a controller for hard drive, I/O and integrated hardware such as sound card, video card, PCI, USB, BIOS, ISA, IDE and Ethernet.

SATA is a short form of serial advanced technology attachment. It is a replacement for parallel ATA. This SATA cable is capable of transmitting the connection at a speed of 1.5 Gbps. 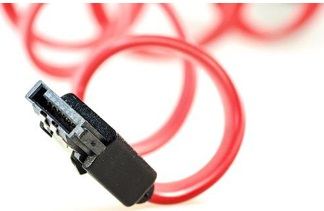 RAID is a redundant array of independent disks. It is a kind of hard drive installed to speed up or protect your computer’s disk storage performance. However, we do not require this on the personal computer.

Instead, they are installed on high-performing computers or servers.

Jumpers consist of small pins, some of which are enclosed in a plastic box. The jumpers are used to close the electrical circuit.

The integrated circuit of IC is a silicon clip. It consists of many circuits, logic gates, pathways, transistors, etc. Collectively these components in IC perform a particular function or even a series of functions.

ICs are very important for the working of any computing device. 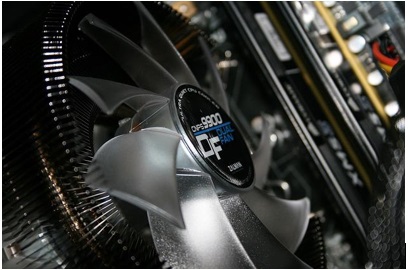 We also refer to the coin cell battery as CMOS, i.e. complementary metal-oxide semiconductor. This semiconductor chip stores information about the system, such as system time and date.

So these are some important components of the motherboard that plays a vital role in working of motherboard.