In general, motion is of three types translational, rotational, and oscillatory. When motion takes place along a line or curve then it is known as translational motion. Whereas the motion due to which the orientation or direction of the body changes is called the rotational motion. Other than these two, the third one is the oscillatory motion which corresponds to the repetitive back and forth movement of an object between two points.

In our day-to-day life, we see various objects, some of them appear to be stationary while some appear to be at rest. An object is said to be in motion when there is variation in position with respect to time. 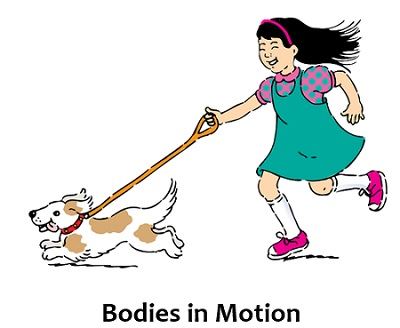 Under motion or in rest appearance of the body depends on the reference point or frame. To have a better understanding of the same, consider the example:

Through this example, we can say that motion is complex in nature as the reference frame describes whether the body is moving or not. Motion can be in a straight line, circular, vibrational, etc.

Thus, we can say that motion is defined under various possible factors. For motion, it is said that it is continuous variation in the position of the body according to the observer.

A graphical representation corresponds to the change in one quantity with respect to another quantity. We know that making a graph between two quantities is an easy way to analyze how the two are dependent on each other. Let us first see: 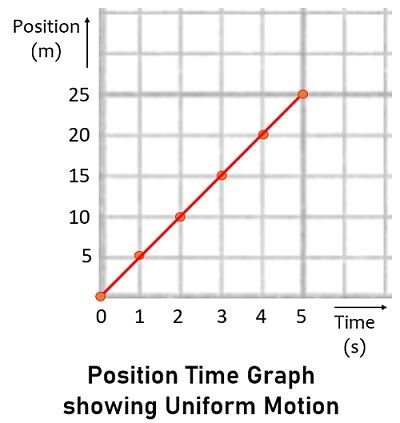 Here we have chosen scale in such a way that 1 s of the time interval represents one division of position as 5 m. It can be clearly seen over here that when the various points are joint then a straight line is obtained and this line shows the position-time graph of the moving object.

From the above-given data, it is clear that in each second (i.e., 1st second, 2nd second, —) the displacement is the same i.e., 5 m. Therefore, after 5 seconds the overall displacement of the body will be 50m. We know that velocity is given as:

This velocity is constant for the complete motion of the object. Thus, such a motion during which the body continues to move with the same velocity throughout is regarded as a uniform motion.

Consider another tabular representation given here showing the position of the object at different instants of time.

On the basis of the above data, the plot will be given as: 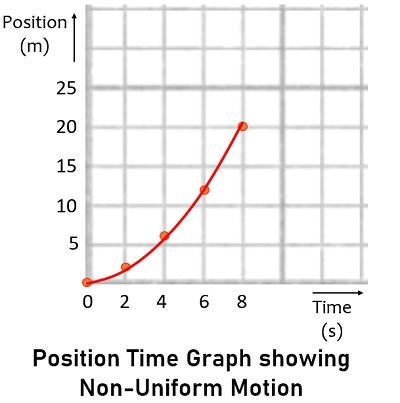 Here we can clearly see that this position-time graph is different from the one which was shown earlier. Basically, here the variation of the body is non-linear with respect to time. Therefore, we have non-uniform speed during the motion and hence the motion is of non-uniform nature.

The tabular representation here shows the velocities of the body at different time instants. 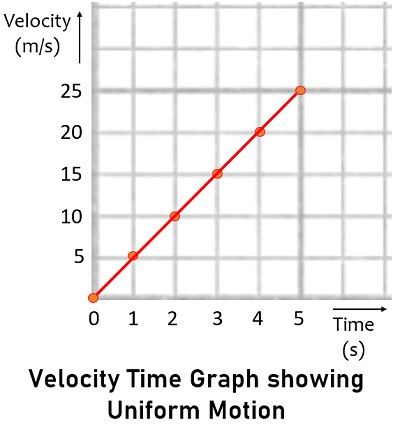 Hence, we can say that here the object is moving with different velocities at different instants of time.