Such animals that lay their eggs to give birth to their young ones are known as Oviparous animals. The later embryonic development does occur in the mother’s body. The phenomena of this process are termed Oviparity, which is generally followed by birds and fishes. 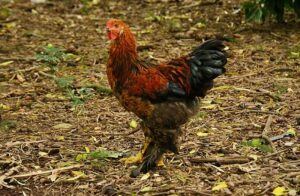 Such animals in which the whole process of embryonic development takes place inside the mother’s body of organisms, and then they give birth to the young ones or their offspring are known as Viviparous animals. The phenomenon is termed Viviparity, which is generally followed by mammals. 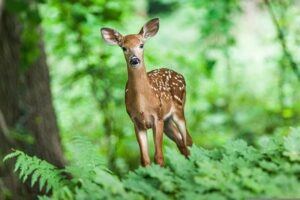 Difference Between Oviparous and Viviparous

Amphibians, fishes, reptiles, and birds are the common oviparous. Moreover, it is also prevailing in some invertebrates such as insects.
It is common in mammals and a few reptiles.

The possibility of persistence or survival of the young ones becomes less as there is a lot of risk for the eggs lying in an outer environmental area.
In the case of viviparous, the chances of survival rates are comparatively higher as the young ones are guarded within the mother’s body where they are developing and therefore even ample nutrients are also provided to them.

The eggs of oviparous animals are protected by the hard covering known as shells that guard the developing embryo from any sort of external shock.
As the growing embryo is inside the mother’s body, which only itself acts as the protective layer, however, no other hard shell is needed to cover it.

The time of the reproduction may vary with the type of species and the favorable conditions such as climate, availability of food, surroundings, etc., for the growing embryo.
Viviparous are the one who can reproduce at any time of the year, as they provide nutrients through the reserve fat present in the body.

Risk to the mother

In the oviparous, the mother does not have any direct connection with the growing embryo, so there is less or no risk to them.
In the matter of the viviparous, as the mother is giving birth to their young ones, so the life of the mother is at risk.

The diversity of the world is unhidden to us, of course, there is more to explore the living and non-living as well. Although, the living one who is known to us to date has been found to give birth to the next generation to perform the continuation of their existence.