Pollination is one of the significant process of the plant, that helps in generating the new seeds, in this pollen grains (male) is transfer from the anther of a flower to the stigma (female) and thus fertilization occurs and results in the formation of zygote ( seeds ).

This mode of reproduction is common in flowering plants, as in these plants the ovules are present in the pistil and there anthers get deposited on the receptive surface of the pistil known as stigma. Flower has mainly four parts – Sepals, Petals, Stamens and Pistil.

Sepals are the outer part on the flower, which is usually green in color and enclosed the developing bud.
Petal are the colored part of a flower and attracts the pollinators.
Stamens are male part of a flower that are responsible for producing pollen, having the slender filament that supports the anther.
Pistil are the female part of the flower, where the fertilization occurs, pistil are known to produce ovule. The ovary which cover the ovule also supports the stigma connected with a long style. Therefore, the mature ovule turns to be a seed, while mature ovary is a fruit.

Now the process of fertilization will take place, where the sperm cell will meet the egg cells present in the ovary and thus produce zygote, getting developed into seed. 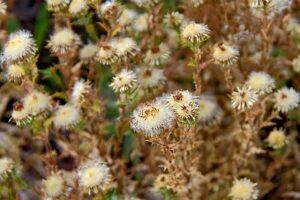 On addition, the act of double fertilization is important to discuss, where out of two sperm cells, one get fused with the egg cell of the ovule, and supporting the formation of a embryo, whereas other sperm cell combines with the two sexual nuclei of an ovule and assist the production of reserve food tissue and endosperm. This growing ovule turns itself out to be a seed.

The process of pollination are of two types namely – self-pollination, and cross-pollination.

In this type of pollination, only a single flower plays the crucial role. Here, from the same flower the pollen grains lands on the stigma of the of that flower. This process is simple and quick and results in limiting the genetic diversity as the egg cell and sperm cell are of same flower.

Self pollination or autogamy also occurs within different flowers of a same plant. The benefits of self pollination are that the recessive characters gets eliminated, no requirement of the external agent or pollinators ( wind, water or insects), rate of success is higher even if the small quantity of pollen grains are produced, lastly pollen grains does get waste.

However, if we discuss about the limitations of the self pollination, then firstly there are no variations in that particular race, secondly, immunity also reduced in the coming offspring’s.

Cross pollination is the process when the anther or the sperm has been derived from the different plant though of same species gets fused with the egg cell to form the zygote.

Cross-pollination has evolutionary advantages for the species as the seeds of two different plants gets combined and thus resulting in a variation than the usual one. Due to the combination of the hereditary traits or characters of two parent cells may bring a new variety in the environment as compared to the self pollination.

Cross pollination is also knowns as heterogamy. In case of cross-pollination external biotic and abiotic agents are required, these can be wind, water, animals, insects or pollinators.

Cross pollination is advantageous in many ways like, variation in the seeds that are produced, recessive characters gets eliminated due to genetic alterations, immunity of a plant may be improvised and boost more power to fight against diseases and cop up with the environmental factors. Additionally, some or other trait is included in gene of that species. 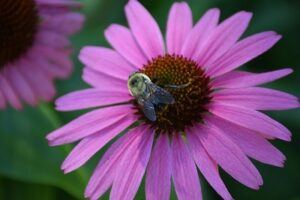 On the other side, the wastage of pollen grains while carrying to the target plant is bit tedious to hit the same and bring the wastage of the pollens. More on, there are chances of override of the good characters and unwanted characters may enter in the offspring.

One thought on “Pollination”