Skip to content
August 31, 2020November 25, 2022BiologyNo Comments on How do Prokaryotes Reproduce and Grow?

Prokaryotes, like bacteria, divide and produce their daughter by the process of binary fission. It is one of the types of asexual reproduction. So, in this method, the cell grows and divides and thus gives rise to the new individual.

Unicellular organisms follow this method (binary fission). However, transformation, transduction and conjugation are the other process by which they can exchange their genetic materials.

As we know that single-celled organisms have very simple cellular structures. Further, there is no well-defined nucleus and other organelles except a few. Instead, a single loop of DNA handles their genetic information control centre. 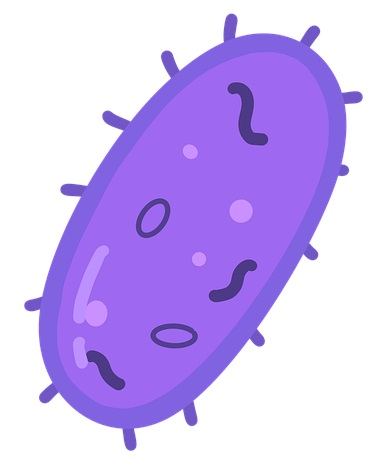 Although some of the bacteria also have an extra-chromosomal material known as a plasmid. This plasmid is advantageous in some or the other way to the bacteria, as it gives resistance to certain antibiotics.

Reproduction of Prokaryotes through Binary Fission

This is the most common method that single-celled microbes follow. The DNA in prokaryotes is present as a single-celled, circular chromosome. These organisms do not undergo meiosis. However, they simply divide into two equals and separate after the replication of chromosomes and grow to the fullest.

Due to the simple cellular structure, their cell division is also less complex and is a more rapid process than the cellular division of eukaryotes.

Steps in reproduction and growth of prokaryotes

The point to note is that there is the protein which we call as FtsZ protein. It forms the ring ‘FtsZ ring‘ that triggers the other proteins for the formation of the new cell wall and acquires the materials required for the formation of the new septum or cell wall. Secondly, along with the division of the genetic material, the cytoplasmic material is divided and transferred to the daughter cells to sustain its life.

Therefore, the result of binary fission is that one parent cell gives rise to two daughter cells. Then each daughter cell repeats the same process by giving rise to another two-cell, then four, eight and so on.

The process is very rapid and is frequently performed at an interval of every 15 minutes, like in E.coli. Although, it can be as slow as Mycobacteria leprae (causing leprosy), which divides only once in two weeks.

As binary fission is so rapid and always results in cells that are clones (genetically identical) of their parent cells. Hence, it does not provide any ray for genetic diversity, variation or recombination.

Besides, it can lose its identity and result in extinction to cope with the changing environment; and there is a need for variation. Therefore, the genetic transfer in prokaryotes takes place through the other three methods that support the organisms in their survival ship.

There are three main ways for genetic transfer; these are transformation, transduction and conjugation. In these methods, the organisms take the pieces of DNA from the environment and get exchange them with other prokaryotic organisms.

In transformation, one prokaryote takes up the DNA from the environment, which has been shed off by the other prokaryotes.

Further, in transduction, the prokaryotes get infected by the virus, which works by injecting a small part of DNA taken from another bacterium.

In conjugation, there is a temporary fusion between the organisms for the exchange of genetic material. It is considered part of sexual reproduction.