The two essential types of cells that are found on Earth are the – Prokaryotic and the Eukaryotic Cell.

The most primitive, simplest, and the earliest form of the life present on the Earth are the Prokaryotes. These are single-celled organisms that have cytoplasm, cell membrane, cell wall, and ribosomes, but lacks the well-defined nucleus; however, they have nucleoid. The name ‘Prokaryotes’ is a ‘Greek‘ word, where ‘pro‘ means ‘before or primitive’ and ‘karyon‘ means ‘nucleus’. 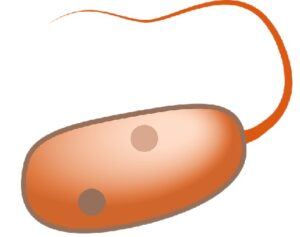 The living beings are classified under three domains: Bacteria, Archaea, and Eukarya. The prokaryotes, that are single-celled organisms fall under the domain Bacteria and Archaea. The domain Eukarya are the complex one and composed of the eukaryotic organisms. They can be unicellular or multicellular.

Characteristics of the Prokaryotic Cells

What is common between Prokaryotes and the Eukaryotes

As we know that eukaryotes have evolved from the prokaryotes only and have a complexed structure, but still they share a few common features’ like;

Structure of the Prokaryotic cell


Organelles like the endoplasmic reticulum, Golgi apparatus, mitochondria, lysosomes are absent in prokaryotes.