Routers are the devices that are essential in networking. They play a vital role in directing the best path to the packet to reach the final destination. The router is a three-layer device.

A router is a device that specifies the path to the arrived data packet. The routers also connect two different networks. 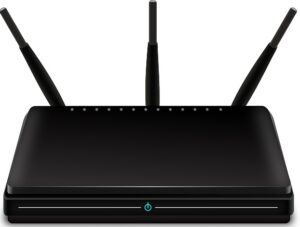 Routers can operate on the three different layers of the network i.e.;

To make the routing decisions every router maintains a routing table. The entries of the routing table provide the necessary information that is required to route the data packet through the best path towards its destination.

Usually, the routing tables are dynamic and keep updating their entries using the routing protocols.

Whenever a packet reaches the router, the routers scan the packet and determine the destination IP address in the packet’s header.

The router analyzes its routing table and compares the destination IP of the packet to determine the next hop or the next network in the path of the data packet.

There are four types of routers are available in the market.

The firewall used in the wired router identifies the threat present in the data packet that may cause a security threat to your computer.

The wireless router connects to the modem with the cable. But it connects to computers in a wireless mode using one or more antennae.

The wireless router receives the data from the modem in digital form. The router converts this digital signal into radio signals. These radio signals are then broadcasted to the computers.

A virtual router is actually a software function that allows a host in the network to act like a typical hardware router.

Advantages and Disadvantages of Router

Here we end up our discussion of the routers. So far we have discussed its working, types, advantages, and disadvantages.