There are four major segments that constitute the environment. Here in this content, we will discuss each segment separately.

The word environment corresponds to the surrounding region that includes living and non-living components. Sometimes the environment is regarded as a condition where living beings exist and function. We all have a basic understanding that various types of living organisms exist in distinct types of surrounding like some in air, some in water, some in soil and this overall combination give rise to a diverse but habitable environment. 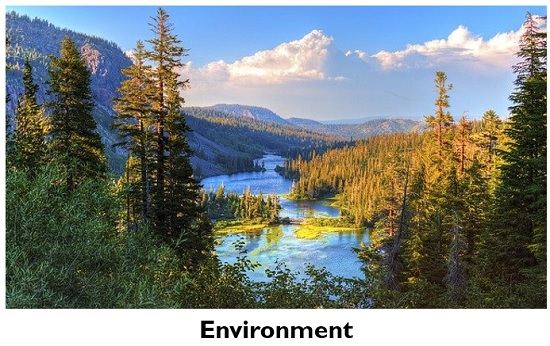 In simplest terms, the environment can be defined as the region of the interrelationship between living and non-living elements near any organism.

There are four segments of the environment which are as follows:

Let us now understand each segment of the environment individually.

The atmosphere is that segment of the environment where life sustains. It has gases that surround the earth which is known to be a protective blanket and the reason for calling it so is that it protects the beings on earth from outer hostile space. The mixture of gases that constitutes the atmosphere is extended from the surface of the earth and covers the region of the earth’s crust. 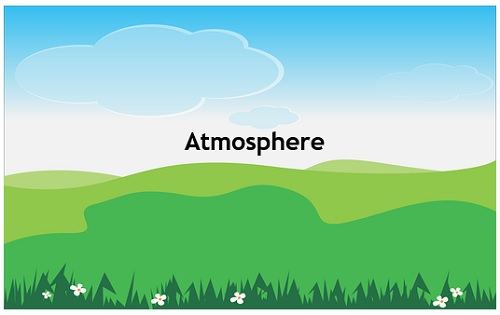 The major gases that are constituents of the atmosphere are:

The reason it supports life is the presence of free oxygen and water vapor in atmospheric gas. The atmosphere is considered to be a huge reservoir of gases. It is responsible for the absorption of dangerous rays like cosmic or ultraviolet radiations coming from outer space and the sun respectively. Along with that, it helps in moderating the earth’s temperature (or maintaining heat balance) by transferring energy from one part of the earth to another part and acts as a region that supports various gaseous cycles to take place.

The word hydro corresponds to water. So, the hydrosphere contributes to that part of the earth where water exists. About 75% of the surface of the earth is a hydrosphere. All the water resources that exist on the earth such as seas, oceans, rivers, lakes, glaciers, as well as groundwater (water present under the ground), belong to the hydrosphere. 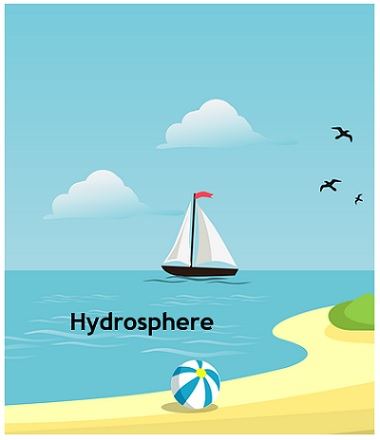 We all are aware of the fact that water is an element that makes life possible on earth. More simply it is essential. The 97% percent of the overall water present on earth is regarded unfit for drinking or irrigation purposes because it is seawater that contains dissolved salts. Out of the rest 3%, 2% exist in frozen form in polar caps, glaciers, etc., and hence just 1% suits human consumption. Due to this reason, water is considered to be quite precious and hence is not worthy of getting wasted.

The figure below represents the major usage of freshwater: 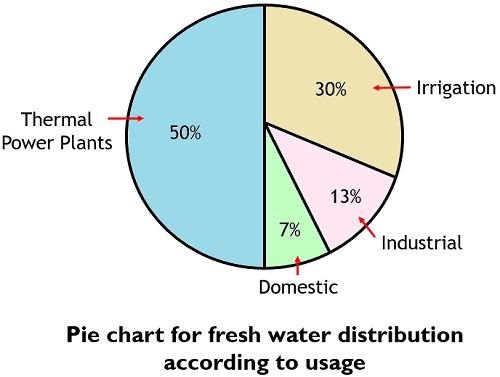 We know that living organisms requires water for various applications and thus water acts as an ideal solvent to various elements. We have recently discussed that a very little amount of water exists in pure form than the overall present one, however, the impure water is purified by nature on regular basis by a hydrologic cycle that involves evaporation and precipitation.

It is to be noted here that aquatic environmental chemistry needs a proper understanding of sources, transportation, associated characteristics as well as chemical species present in water.

It is sometimes known as Geosphere and belongs to that part of earth where minerals, organic matters, metals, rocks, soils, etc. exist. It is the outer surface of earth mainly constitutes the earth’s crust and soil. In simplest terms, the lithosphere constitutes the solid component of earth. 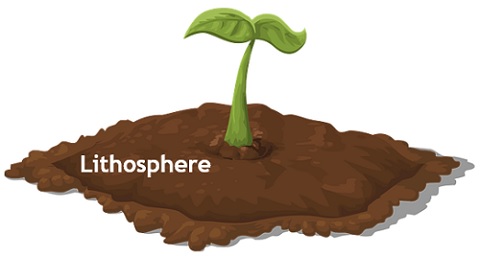 We have recently discussed the importance of air and water for the survival of living organisms. But soil which belongs to the lithosphere is crucially important for supporting life on earth. Soil exists in the uppermost layer of the earth’s crust and it has a combination of organic matter alongwith weathered rocks. In the growth of plants, soil plays a very important role.

Now a question is there that – how soil is formed?

The formation of soil is the result of various physical, chemical, and biological processes that take place not so instantly but with a long period of time on the surface of the earth. Similar to air and water, the soil is also differentiated as good and bad. Good helps facilitate the growth of plants is the topsoil i.e., the upper or outermost layer of soil. It is regarded as good soil because it contains organic matter present in few inches on the top.

The presence of pollutants infects the soil and their penetration into the deep layer causes harm to plants as well as animals that eat the plants.

The biosphere represents that portion of earth where life is possible. The above discussed three segments of the environment i.e., atmosphere, lithosphere, and hydrosphere are known to be the subdivisions of the biosphere. Basically, all parts of earth do not show suitability regarding the existence of life and this is so because some parts can be very cold or some can be very hot. Thus, the biosphere belongs to the region where life is possible.

For the existence of living organisms, it is necessary that the specific space must have necessary air to breathe, sufficient water as well as required soil to grow. Thus, for life, the region must get solar radiation in the daytime i.e., the atmosphere, the land surface, and the upper part of water resources like ponds, lakes, etc.

Hence, a delicate balance between various components of the environment must be maintained. As any serious damage or disturbance may bring the chances of serious threat to survival.

So, for survival on earth, every living organism shows dependency on the environment. Survival is possible only with interaction.