Skip to content
September 27, 2022September 25, 2022IT, Software EngineeringNo Comments on Software in Computer

What is a Software?

Software in a computer is a set of programs that are executed to operate the computer to perform a specific task. Although the software is capable of performing dual tasks. First, it acts as a product that we use to perform a certain task. Second, it also acts as a tool that helps in delivering other products (software).

Let us discuss some of the characteristics of the software.

How Does a Software Work?

We have two different kinds of software in computer, application software and system software. And they both work in a different manner. Let us understand the working of both the software.

Application software is developed to perform a specific task for the end user. Such as users use the application to perform some calculations, create a document, send mail, play game, etc.

In a generalized way, we classify software into two types i.e., system software and application software. 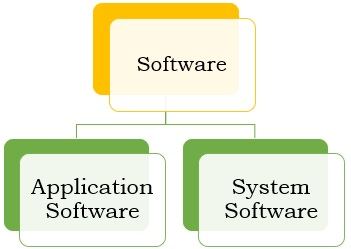 Examples of system software are:

Though the application and system software are two main categories of software, the other ones are programming software and malicious software.

Programming software is one that supports the developer to design new software such as compiler, linker, loader, interpreters, editors, etc.

Malicious software is one that is created to harm and intervene in the working of other computer systems. This software is a risk to the system.

There are various phases associated with the designing and implementation of the software. In general, to design software, the different phases that it has to go through are communication, planning, modelling, construction and deployment. 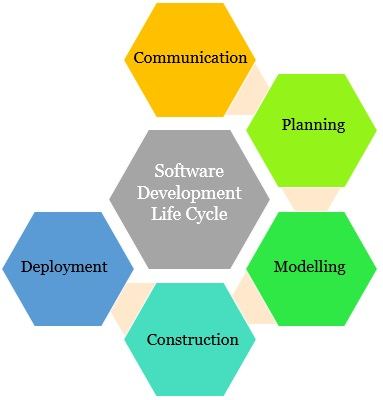 In the planning phase, the developer creates a road map. It includes the technical task that must be performed. The risk that is likely to occur. The resources required for the development of the software. Schedule that developers have to follow to develop the software in time.

In the modelling phase, the developers create a model that is a prototype of the actual software. This model or prototype helps in understanding the software in a better way and also the design that is required to achieve those requirements.

In the construction phase, the developers generate the code to create the software. Simultaneously, the testing is performed to identify the errors in the code.

How To Maintain Software Quality

When a software meets the functional requirements, it is ensured that there are no incorrect or missing functions, no interface errors, no data structure and data access errors, no behaviour or performance error, and also there are initialization and termination errors.

When the software meets the non-functional requirement then it is ensured that the software is portable, has disaster recoverability, and is secure.

Along with this, the developer should fix the bugs reported by the customer. The developer must keep on updating the software to ensure that it becomes compatible with the changing hardware and the changing software environment.