What is Soil Pollution?

Soil Pollution is defined as the presence of contaminants or pollutants in the soil which exits due to various natural or human activities and lead to harmful effects on living bodies. It is severe when the concentration of toxic chemicals i.e., pollutants is quite high.

In other words, soil pollution arises when there is an undesirable change in the original properties of the soil either it may be physical, chemical, or biological that leads to deterioration of the quality of the soil. The soil constitutes a major part of our land. Mainly the degradation of soil is the result of increasing industrialization.

Soil is very much important in our food chain and so its pollution severely affects the living organisms.

We are aware that pollution is mainly defined as the presence of contaminants or chemical toxins that cause hindrance to living organisms. The contaminants can be present in either water, air, or soil and this mainly leads to the classification of pollution. 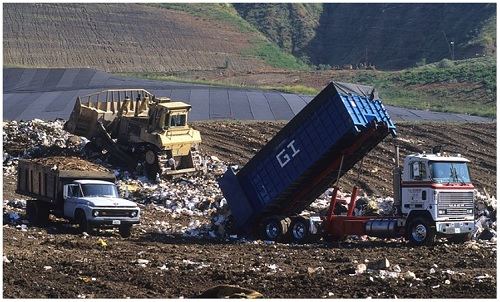 Soil is considered to be a natural resource and has provided numerous benefits to the world in various forms. However, the increasing urbanization, along with rapid growth in population has reduced the land regions where the various wastes can be disposed.
The living standards of people, all over the world have tremendously increased the solid wastes. Not only this, various chemicals in some way or the other are dumped on the lands. Severe soil contamination is made by various agricultural practices when pesticides, insecticides, fertilizers, and manures, etc. get mixed with the soil. Last but not the least, presence of deadly pathogenic organisms is also a cause of concern as such organisms directly pollute the soil.

The sources that contribute to soil pollution are as follows:

Let us now discuss these in detail.

Soil Pollution by Industrial wastes: One of the major causes that contribute to soil pollution is industrial waste. Today’s world is full of industrial growth and various pollutants are emitted from textiles and steel mills, sugar and chemical factories, fertilizers and pesticides industries, coal, petroleum and mineral mining industries, etc.

These discharge from these industries which is nothing other than waste gets accumulated on the land. Sometimes these enter the inner layers of the soil leading to cause severe soil pollution.

We know that energy is a crucial part of our life and so is energy production. However, electric, thermal or atomic power plants also play a crucial role in causing soil pollution. Basically, these power plants give rise to the unburnt blackish substance that pollutes the soil, along with air.

Soil Pollution by Urban Wastes: The urban waste is mainly constituted from both commercial as well as domestic wastes, the urban solid wastes are generally called refuse. The urban wastes pollute the soil to large extent. Materials like plastics, glass, metallic cases, paper, leaves, containers along with other garbage extracts are simply refuse. The urban population of the whole world very much contributes to domestic sewage.

The urban domestic wastes are regarded as quite dangerous as they do not get easily decomposed. The rapid rise in population is increasing the rise in domestic wastes. Along with this, the high living standards of the people of the urban areas have given a new shape to domestic waste by producing complex mixtures of food remains, plastic, paper, and various chemicals. The wall paints, that are colorful and of glossy texture are also a part of urban wastes that are causing soil pollution.

Soil Pollution by Agricultural Agents: The various agricultural practices along with increasing advancements in agro-technology is a major cause of concern in regards to soil pollution. We know that agricultural practices include the use of fertilizers, pesticides, herbicides,  and soil conditioning agents, etc. These all pollute the soil. Fertilizers are considered to be soil friendly but the impurities in them contaminate the soil. To cope up with this organic farming is one of the crucial options, however, is not the solution for this giant world.

Herbicides or weedicides are the chemicals that control the growth of weeds. Some herbicides affect the photosynthesis process thus plants die due to less energy while some herbicides simply defoliate the plant tissues with time.

Soil conditioners as other chemical agents are used to protect the point so that its fertility can be increased and also kills hazardous insects. However, these chemical agents alter the original soil composition of agricultural and horticultural regions. They have toxic metals like lead, arsenic, cadmium, mercury, etc. and these permanently damages the soil.

The various effects of soil pollution in everyday life are listed below: