Who is an Entrepreneur?

An entrepreneur is a person who undertakes all the risks, accepts all the responsibilities, arranges all the resources, i.e. land, labour, material, machinery, capital etc. so as to start the new business often a unique one and earn profit out of it.

Classification of entrepreneurs by Clarence Danhof: 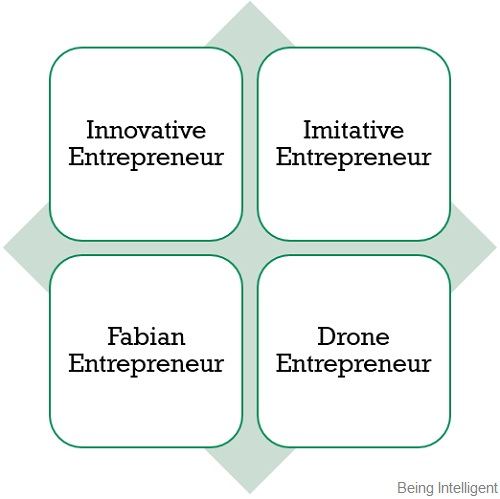 Here one thing should be kept in mind that innovating entrepreneurs can carry out the functions only when the company has attained development up to a certain extent. Also, people expect change and improvement. He/she is the one who gathers and process information and initiates a unique combination of these factors. These are generally industrial leaders.

As the name clarifies, imitative entrepreneurs are the ones who are always prepared to embrace fruitful innovations, often introduced by innovating entrepreneurs. This means that they do not take the first step towards innovating the change, rather they simply follow the techniques and technology pioneered by the other entrepreneurs.

These entrepreneurs are appropriate for those areas which are under development, so as to imitate the techniques and technology adopted in the developed areas. These are also called as adoptive entrepreneurs

Hence imitation is only done by them when it is quite clear that failure in doing so would cause loss to the company’s relative position and profit or when the success rate is considerably high.

Drone entrepreneurs are the ones who refuse to grab opportunities to implement any change or modification in the production method or process, even if their returns would hit severely if they don’t adopt the change.

Therefore, they incur losses, but they do not make changes in their production techniques or methods. The entrepreneurial activity is often confined to a few innovations only.

So, above-classification is based on two important aspects:

Other Types of Entrepreneurs

On the basis of the type of Business 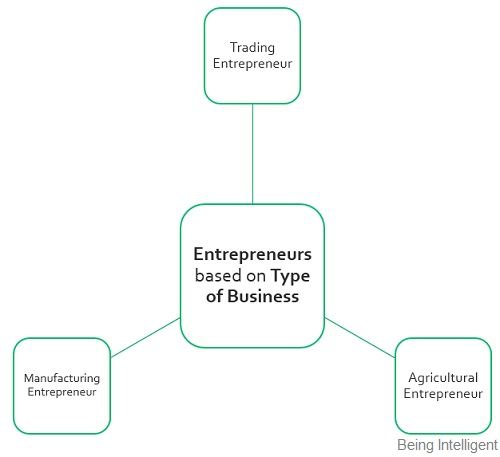 On the basis of the use of technology 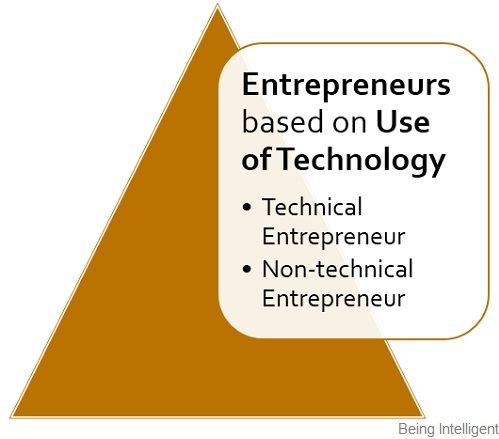 On the basis of Ownership 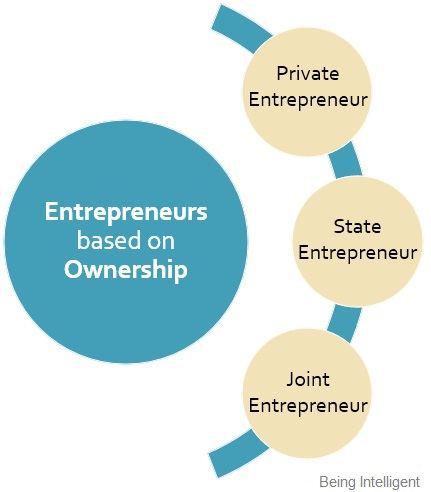 On the basis of Gender 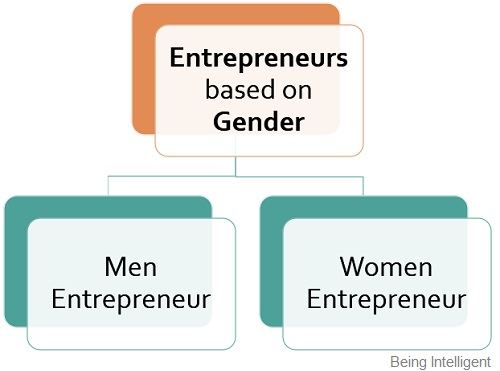 On the basis of the Size of the Enterprise 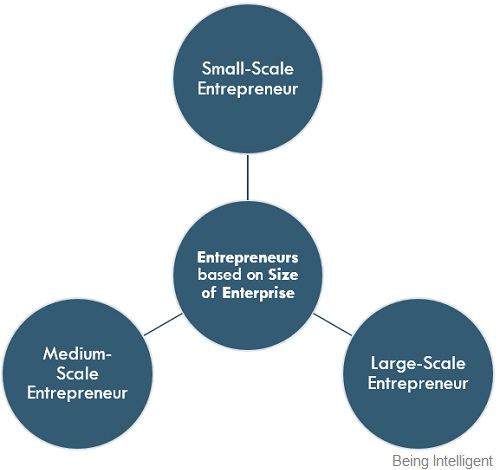