A printer is an output device that is attached to the computer. The printer takes the input in the form of text and graphics and transfers this information onto the paper. In this way, it transfers the digital information into a hard copy. There are different types of printers available in the market.

Printers accept the print command from the user on the computer to which printer is attached or even from the other devices to which the printer is connected. Printers were first invented in the 18th century and since then it has been improved to add more and more features.

Specification of a Printer

Earlier when the printers were introduced in the market they used to print only in black and white color. But with the continuous progress in technology-colored printers have evolved which print colored documents.

It depends on your use whether you print rarely or you require a print frequently. Usually, the faster printers print at a high speed and are expensive and the slower printers print only 3 to 6 prints in one minute. As the speed of the printer increases its price also increases. So, speed is one of the important factors while purchasing a printer.

A printer with a high resolution is considered a superior printer. The resolution of a printer can be measured in a unit that we refer to as dpi i.e., dots per inch.

Although a small amount of memory is associated with each printer. But this memory is expandable. The increased memory of a printer increases the speed of the printer and it also improves the performance of the printer.

Printers can be classified into two types depending on the way they print and the quality of the print they produce. The two kinds of printers are:

The impact printers print characters onto the paper by striking the ribbon against the paper.

As the pin in the head strikes the ribbon, it makes a small dot on the printer and combination of these dots makes the character. Usually, the railway tickets are printed with the dot matric printer.

The daisy printer produces letter quality print. The daisy wheel has a disk, on this disk the characters are arranges in the petal structure on its outer edge. Whenever a character has to be printer the daisy wheel or the disk is rotated until the desired character faces the paper. 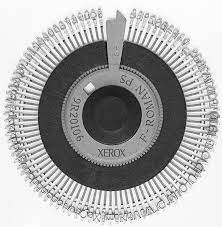 Then with a hammer strikes the character hits the ink coated ribbon that is between the paper and the character. In this way a character is printed on a paper in daisy wheel printer.

The line printer prints an entire line at once. This is a little faster than character printer.

The drum printer has a cylindrical drum that has character carved on it in the form of a vertical band.  When the desired character appears at the selected position the hammer hits the paper from behind and it is pushed on the ribbon thereby striking the character on the drum. 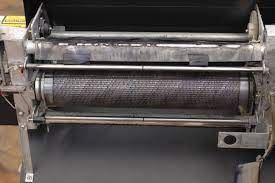 In a chain printer, the character-carved badges are linked together in a chain. This chain spins horizontally around a set of hammers. When the desired character comes in front of the selected print column the hammer hits the paper and strikes on the ribbon against the paper and the character is printed. 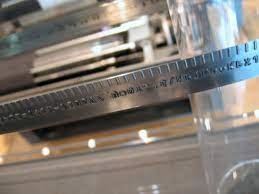 The laser printer uses light to print on the paper. A laser beam is fired on a mechanical cylinder that act as a photoreceptor. Thus, the photoreceptor gets coated with the toner which is special power substance. This toner sticks on the paper due to electrical charges. The paper is heated to fuse toner onto the paper. 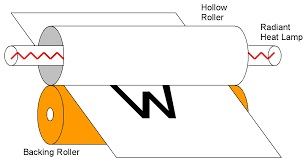